Department of Dermatovenereology and Cosmetology

Department of Dermatovenereology and Cosmetology

The department was founded in 1946. Until 1972, it based on dermatovenerologic division of the 2nd Minsk City Clinical Hospital. From 1972 to 1984, it was situated at Minsk Railway Hospital, and since 1984 – at Minsk City Dermatovenerological Dispensary.

Until 1949, there had been only one specialist working at the department – assistant Anna Shimanovich.

In 1949-1950, head of the department was professor Anastasiya Degtyar, Doctor of Medical Sciences.

Since 1951, the department had been headed by Nikolay Pavlov, an associate professor. He was a prominent Soviet dermatovenerologist, leading leprologist of the country. Until 1950, he was a director of the Scientific and Research Institute of Lepra in Astrakhan. N.F.Pavlov also worked as a vice-rector for academic and scientific work; from 1958 to 1960, he carried out duties of rector at the Institute.

From 1965 to 1969, Liudmila Piltienko), an associate professor, carried out duties of head of the department, who worked at the department from 1951 to 1986.

From 1969, the department had been headed by professor Yuri Korolev. He made a great contribution into the development of treatment methods to cure pyodermas, seborrhoea, syphilis. He paid a great attention to the treatment and periodic health examination of patients with skin lymphadenomas. Under his supervision, 2 Doctoral and 13 Candidate’s theses had been prepared. Y.F.Korolev is an author of 2 monographs and more than 200 scientific works. From 1970 to 1973, Y.F.Korolev had been vice-rector for academic and scientific work of the Institute. For his all-round activities he was awarded by 2 orders and many medals, Certificates of Merit of Supreme Soviet of BSSR. He died on the 1st of January, 1991.

In 1989, professor Leonid Barabanov, Doctor of Medical Sciences, was appointed to the post of head of the department.  After the graduation from Minsk State Medical Institute in 1973, L.G. Barabanov worked as a      junior research fellow, then – as a senior research worker, head of the division of Belarusian Scientific and Research Dermatovenerological Institute. Since 1988, he had been working at Belarusian State Institute for Advanced Medical Training (since 2000 – BelMAPE). In 1983, he defended his Candidate’s thesis; in 1989, he defended Doctoral thesis. Under supervision of L.G.Barabanov, 12 Candidates’ theses had been defended. He published more than 200 works. He was a chairperson of the Expert Board of the State Commission for Academic Degrees and Titles of Belarus, Deputy Chairman of the Board of Belarusian Scientific and Medical Society of Dermatovenerologists. He died on the 5th of October, 2012.

Since 2012, professor Oleg Pankratov, Doctor of Medical Sciences, has been head of the department.

Retraining courses, carried out at the department:

Advanced training courses, carried out at the department:

The training is carried out in the form of lectures, which cover the main fields of dermatology, venereology, cosmetology, seminars, and practical sessions. Staff of the department uses videofilms in the educational process. The department also uses multimedia presentations, slides, tables, albums and atlases.

Apart from the all mentioned above, the trainees participate at daily rounds at hospitals, consultations of patients at polyclinic departments and at the Republican Advisory Center for Dermatovenerology.

Also, the department offers training for clinical residents, including foreign ones.

The main fields of scientific activities:

The department constantly prepares academic personnel of higher qualification. In 2018, there were 5 degree-seekers at the department.

Staff of the department carries out treatment and advisory work at the following establishments:

Totally, there are 1000 scientific works published by the department’s staff.

Specialists of the department actively participate in the development of clinical protocols on diagnostics and treatment of patients suffered from skin and venereal diseases.

Staff of the department manages 3 in-patient divisions for 230 beds at Minsk Clinical Dermatovenerological Dispensary. Professor O.V.Pankratov and associate professors E.A.Levonchuk, I.G.Shimanskaya, V.V.Krunkachev, N.B.Poplavskaya carry out weekly consultations and rounds, examining more than 5 thousands of patients, they take part in case conferences, daily examinations of the most critically ill patients. Assistants of the department with a work experience of 5 years daily oversee 12-15 patients.

Annually, staff of the department consults 2-2,5 thousands of patients at outpatient divisions of clinical bases. Republican consultations are carried out 2-3 times a month (on odd-numbered Wednesdays) by professor O.V.Pankratov, if it is needed – by associate professors. At Minsk Regional Dermatovenerologic Dispensary E.A.Levonchuk, an associate professor, consult patients every Tuesdays. On Thursdays, professor O.V.Pankratov and associate professors E.A.Levonchuk and I.G.Shimanskaya consult patients in ambulatory - at healthcare Establishment «City Clinical Dermatovenerologic Dispensary». Daily, lecturers of the department consult, examine and carry out manipulations at State Establishment «Republican Center of Medical Rehabilitation and Balneology» (mesotherapy, peelings, destructions etc.).

With the participation of the staff, there are organized annual plenary sessions and conferences of Belarusian Public Organization of Dermatovenerologists and Cosmetologists. 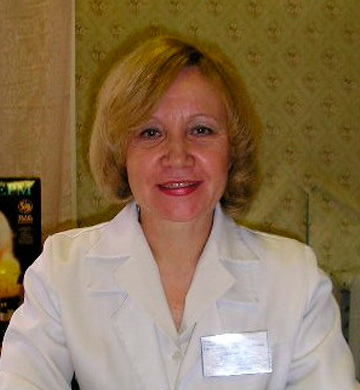 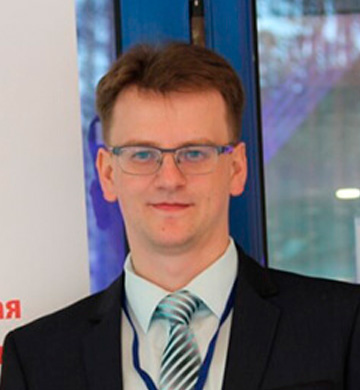