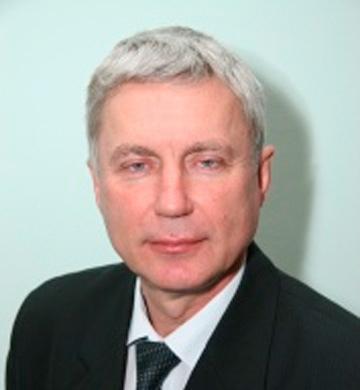 Aleksandr Baida was born on the 17th of October, 1953, in the town of Luninets of Brest region. In 1976, after his graduation from Minsk Red Banner of Labour State Medical Institute, Faculty of General Medicine, Aleksandr Baida did his internship at Minsk Regional Clinical Hospital. Since 1977 he had been working as a junior research assistant at the laboratory of biochemistry and biophysics of Belarusian Scientific and Practical Center for Cardiology of the Ministry of Health of BSSR. In 1986 Aleksandr Baida defended his Candidate’s thesis titled «Functional condition of hypophyseal-adrenic and renin-angiotensin systems in patients with hypertensive disease with different hemodynamic types of blood circulation».

Since 1987 Aleksandr Baida had been working as a senior scientist researcher at Belarusian Scientific and Practical Center for Cardiology. In 1989 he started to work as an assistant at the Department of Therapy of Belarusian State Institute of Advanced Medical Training. Since 2000 Aleksandr Baida had been working there as an associate professor. During the time of his work at the department he prepared and was giving lectures on some cardiological and nephrological issues.

Apart from his teaching activities, Aleksandr Baida was also involved into scientific work. Particularly, he was studying the application of low-intensity laser irradiation in the treatment of nephrological diseases. Since 2004 he had been a coordinator of State and branch scientific and research programs on the application of adaptation to hypobaric anoxia in the treatment and rehabilitation of patients arterial hypertension and ischemic heart disease.

Aleksandr Baida is an author of 1 monograph, more than 70 printing works; he has 3 inventor's certificates and 2 patents. Since the 29th of August, 2011, he has been working as a head of the Department of Geriatrics and Gerontology of BelMAPE.