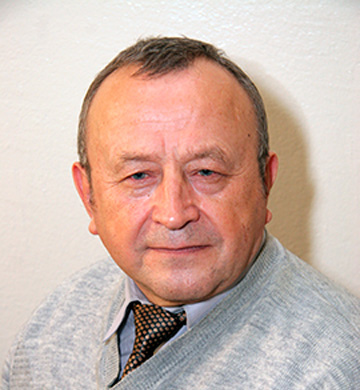 Aleksandr Mumin was born in August, 1948. In 1970, he graduated from Minsk State Medical Institute. From 1971 to 1974, he worked as a physician at a local hospital. From 1974 to 1979, Aleksandr Mumin worked at the Scientific and Research Center for Neurology, Neurosurgery and Physiotherapy. Since 1979 until the present, Aleksandr Mumin has been working as an associate professor at BelMAPE. He is a physician of the first qualification category.

He continuously participated in different international and republican meetings and conferences with presentations.

In 2013, Aleksandr Mumin got a reward for the excellence in healthcare.