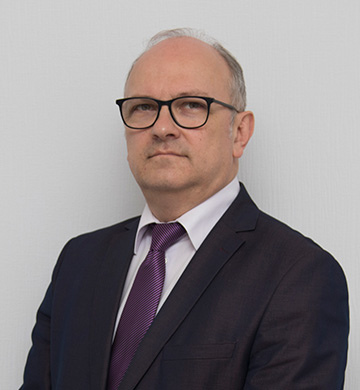 Aleksey Chukanov graduated from Minsk State Medical Institute with a specialty in general medicine in 1998.

In 2012, Aleksey Chukanov got the academic title of an associate professor.

Aleksey Chukanov is actively involved into scientific and research work, practically in all directions of sonography. He successfully prepares scientific and pedagogical staff.

According to the results of scientific investigations of Aleksey Chukanov, there have been developed a number of present-day methods of diagnostics and have been implemented into clinical work of healthcare organizations of the Republic of Belarus.

Aleksey Chukanov is an author of 5 patents for invention and 11 rationalization proposals.

Aleksey Chukanov is an author and coauthor of 3 instructions for diagnostic methods, being implemented into the work of healthcare establishments of the Republic of Belarus.

The results of his researches on prenatal diagnostics of fetal congenital disorders have been published in a number of guides for physicians and manuals: «Ultrasound investigation of abdominal cavity organs and             retroperitoneum, small pelvis, fetus, superficial organs, brain and hip joints in children, heart and vessels (indications, devices, technical characteristics and unified protocols)», «Heart rhythm disturbances and conduction abnormality in fetus», «Prenatal diagnostics and prevention of hereditary and congenital diseases in children», «Prenatal ultrasound diagnostics of congenital abnormalities», «Ultrasound screening of congenital heart disorder in fetus», «Estimators of photometric indicators».

Aleksey Chukanov is in charge of the Center for Prenatal Diagnostics of Minsk Clinical Hospital № 1.

Aleksey Chukanov is a member of editorial boards of a number of medical journals («Reporter of Kazakh Medical University of Continuous Education», «Neonatology, surgery and perinatal medicine»). He actively participates in the development of international cooperation in the field of medicine (Russian Federation, the Republic of Kazakhstan, Mongolia, Germany).

He regularly participates at international congresses and seminars with scientific reports.

Aleksey Chukanov got an award for excellence in healthcare of the Republic of Belarus; he was awarded honorary certificates given by the Public Health Committee of Minsk City Executive Committee (2011, 2015), certificates and diplomas given by BelMAPE.