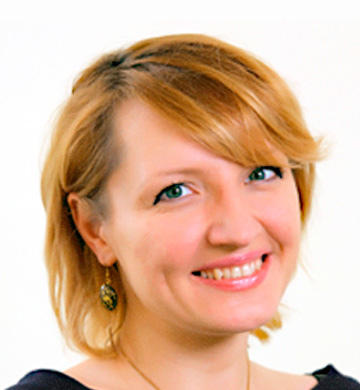 In 2006, Natalya Milyuk graduated from Belarusian State Medical University, Faculty of General Medicine. Then, she did internship at Minsk Regional Clinical Hospital and the 31st City Polyclinic in Minsk.

In 2009, she did four-months retraining courses at BelMAPE and got the qualification of a cardiologist.

From 2009 to 2011, Natalya Milyuk worked as a cardiologist at the Cardiac Division of the 3rd City Clinical Hospital named after E.V.Klumov.

From 2011 to 2014, she did a full-time PhD course in cardiology at the Department of Cardiology and Resuscitation of BelMAPE.

In 2014, she defended Candidate’s thesis entitled “Peculiarities of structural and functional condition of the cardiovascular system and psychological status of women at in vitro fertilization”.

From 2014 to 2018, she worked as a teacher apprentice at the Department of General Medicine of BelMAPE.

Since 2018, Natalya Milyuk had been working as an assistant at the Department of General Medicine of BelMAPE.

Natalya Milyuk has the second qualification category in cardiology. She participated with reports at scientific conferences in the Republic of Belarus and abroad. She is an author of 20 publications and 2 instructions for use.

She is a member of the editorial council of the scientific and practical journal “Aptekar’”.

Since October, 2019, Natalya Milyuk has been working as an associate professor of the Department of General Practice of BelMAPE.

Last edit 2020-12-21 10:51:08
Our website uses anonymous data transmitted using cookies. 🍪 All your information is stored securely and is not shared with the third parties.