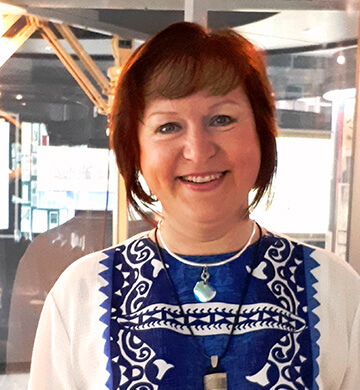 Olga Kulpanovich was born in a family of employees in Minsk. She graduated from Minsk State Medical Institute in 1991. She completed PhD course at the Scientific and Research Institute for Social Hygiene, Economics and Healthcare Management named after N.A. Semashko (Moscow, Russia) in 1997. She got the academic title of a Candidate of Medical Sciences in 1997.

Olga Kulpanovich is an author of more than 150 scientific works about the history of medicine, problems of economics and healthcare management, being published in Belarus and abroad (Russia, Lithuania, Latvia and Poland). Among them there are 3 monographs, more than 14 educational guides. She regularly gives reports at international and republican scientific conferences and meetings.

Her scientific interests are the following ones: economics, health and safety management, history of medicine.

Olga Kulpanovich participates in TV projects of the Belarusian television, devoted to the memorable dates of the history of medicine in the country.

Last edit 2020-12-16 11:17:40
Our website uses anonymous data transmitted using cookies. 🍪 All your information is stored securely and is not shared with the third parties.