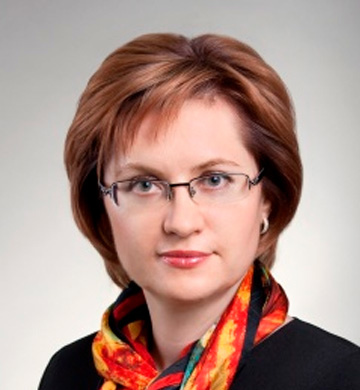 Doctor of Medical Sciences, associate professor, professor of the Department of Epidemiology and Microbiology

Doctor of Medical Sciences, associate professor, professor of the Department of Epidemiology and Microbiology

In 2004, Svetlana Kostiuk defended her Candidate’s thesis, in 2010 – Doctoral thesis. In 2011, she got the academic title of an associate professor.

She is a physician with the highest qualification category in clinical laboratory diagnostics (2006).

Her scientific work includes the following:

Svetlana Kostiuk is an author of 160 scientific works, including 2 monographs.

Svetlana Kostiuk is an author of more than 300 scientific works, including 5 monographs: «Theoretical and applied issues of application of the methods of analysis of nucleic acids» (2014), «Molecular and biological methods in medicine (2013); «Clinical laboratory diagnostics of combined infections of urogenital tract (2012); «Reproductive health of woman with Sexually Transmitted Diseases (2008); «Associated urogenital infections in obstetrics and gynecology: modern approach to the problem» (2008). She is an author of 20 patents for invention of the Republic of Belarus.

She is a member of specialized boards for theses defense on clinical laboratory diagnostics and virology.