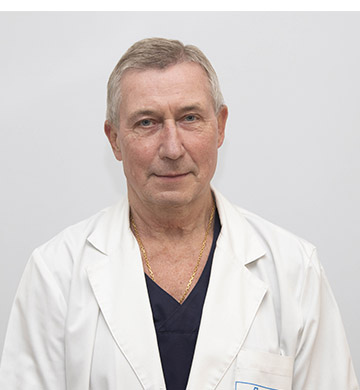 Oleg Pankratov is an author of more than 270 scientific publications, 14 educational guides, 8 instructions for use, 9 clinical protocols, 2 rational proposals and etc. The results of his scientific work are widely recognized not only in the Republic of Belarus, but also abroad. He annually participates at republican and international scientific forums.

Last edit 2021-08-26 14:19:13
Our website uses anonymous data transmitted using cookies. 🍪 All your information is stored securely and is not shared with the third parties.